19 Films to Watch to Celebrate Juneteenth 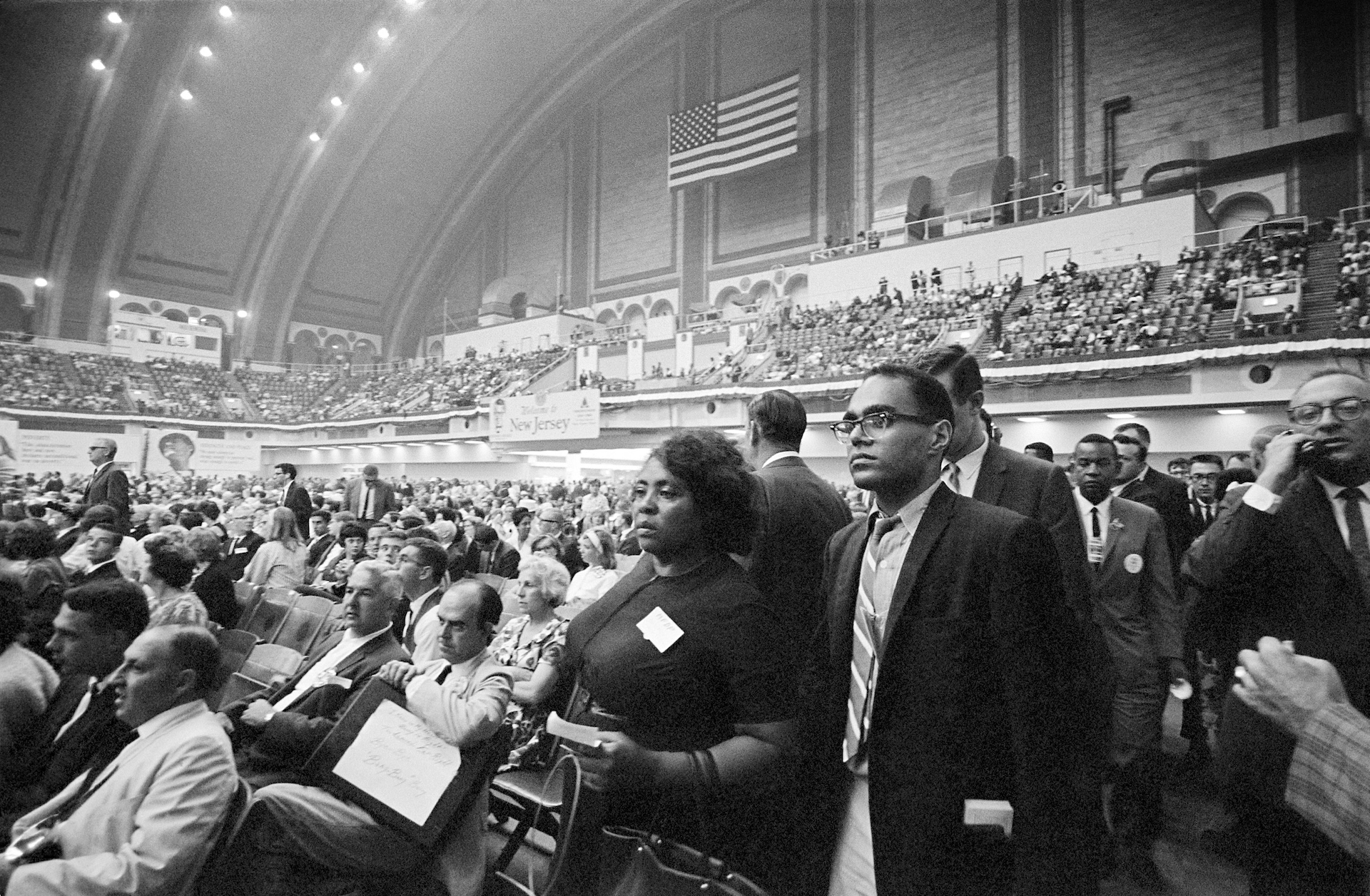 Nearly two centuries ago, on June 19, 1865, federal troops arrived in the city of Galveston with news that Texas slaves were two-and-a-half years late in learning: They were free. Though Texas was the last U.S. state to enforce Abraham Lincoln’s 1863 declaration of emancipation – Texas was far from Northern lines, and Union troops were few – it was the first, in 1980, to observe June 19 as a holiday. Today, Juneteenth, considered the longest-running African American holiday, honors the official end of slavery in the United States and celebrates liberty and justice.

This year marks the first year all 50 states will recognize Juneteenth as a federal holiday; in 2021, a bill was unanimously approved in the Senate with bipartisan support.

In commemoration of Juneteenth, and to honor Black history, freedom and achievement, WORLD Channel invites you to stream films that champion Black stories, rights and the continuing fight for equality.

On All Fronts | Asian American Stories of Resilience and Beyond

The story of a Minneapolis family as it navigates difficult conversations about how the violence and racial reckoning of 2020-21 impacted them as a biracial family.

Two Dollars and a Dream

The biography of Madame C.J. Walker, America's first self-made millionairess. Mrs. Walker's fortune was built on skin and hair care products, parlaying a homemade beauty formula into a prosperous business from coast to coast. By interweaving social, economic and political history, the film also offers a view of black America from 1867 to the 1930s.

A portrait of a civil rights activist and the injustices in America that made her work essential. Through public speeches, personal interviews, and powerful songs of the fearless Mississippi sharecropper-turned-human-rights-activist, Fannie Lou Hamer's America explores and celebrates the lesser-known life of one of the Civil Rights Movement’s greatest leaders.

The History of White People in America
Available on YouTube

Watch the history of how skin became race, and race became power. Through musical segments, uncover the truth of what it means to be American and that our racial history deserves contemplation.

On Sapelo Island, two young brothers, JerMarkest and Jonathan, are coming of age in the last remaining enclave of the Saltwater Geechee. As Sapelo’s storyteller and elder matriarch, their adoptive mother, Cornelia Walker Bailey, works to preserve what remains of her African-American community in the face of encroachment by property developers.

Transporting viewers to Missouri towns – then all-Black Kinloch and the all-white community of Ferguson, examining the shared histories and deep racial divides affecting both. Through recordings, photographs and recollections, the film draws parallels between a 1960s dispute over a physical barricade erected between the towns and the 2014 shooting death by police of Michael Brown.

One of only a handful of African American falconers in the country, Rodney Stotts is on a mission to build a bird sanctuary and provide access to nature for his stressed community. This is a story of second chances: for injured birds of prey, for an abandoned plot of land, for a group of teenagers who have dropped out of high school, and for Rodney himself.

On April 7, Wisconsin held its primary election at the beginning of the pandemic in the U.S. An estimated ~16% of Black voters were disenfranchised in Milwaukee. Danell Cross and Melody McCurtis are determined to prevent this from happening again. Follow the mother-daughter activist team as they organize their Black community to prepare for the 2020 presidential election and its challenges.

Covering everyday topics like hairstyles and hair care, personal fashion and style, Professional Black Girl (PBG) features a curated selection of episodes from the popular web series. Every story is like a conversation with a woman you know, whether it is your homegirl, your sister, your auntie or your mama.

The Conversation Remix
Available online, on YouTube & on the PBS app

Exploring the present catharsis following the death of George Floyd, we dive into how the current uprising is impacting communities, and how we can contribute to discussions about racial justice reform. This remix of the 2015 'A Conversation about Race' series is a vibrant collage of people’s lives and experiences, which powerfully frame and illustrate the reckoning that is happening around us.

What does it mean to grow up Black in America, a country too often divided by race? Bullied by a group of kids, Ben finds out he is not alone; Sue shares the realities of raising kids of a different race; and Angie learns about how far we have come, and how far we have to go in a chance encounter she will never forget. Watch Part 2 online and on the Facebook, YouTube & PBS apps.

Eyes on the Prize
Available on PBS Passport

The 1987 Oscar-nominated series tells the definitive story of the civil rights era from the point of view of the ordinary men and women whose extraordinary actions launched a movement that changed the fabric of American life, and embodied a struggle whose reverberations continue to be felt today. Narrated by political leader and civil rights activist Julian Bond (1940-2015).

Meet Janaé and Bella, two fierce abolitionists whose upbringing and experiences shape their activism and views on Black liberation. Told through their lens, Unapologetic offers an inside look into the movement and ongoing work that transformed Chicago, from the police murder of Rekia Boyd to the election of mayor Lori Lightfoot.

In August 2014, African American teenager Lennon Lacy was found hanging from a swing set in North Carolina. His death was ruled a suicide, but Lennon’s mother and family believe he was lynched. The film chronicles her quest to learn the truth and takes a closer look at the lingering impact of more than a century of lynching African Americans.

A jovial love letter to the game of golf, told by the Black golfers who, despite segregation and racist systems, built a vibrant culture and lasting community on a municipal golf course in Asheville, North Carolina. Narrated by popular singer and golfer Darius Rucker.

As uprisings spread across the country, a young poet in Birmingham, Alabama becomes involved in local protests against decades of police brutality. As he tries to reconcile the city’s modern image as a diverse and welcoming metropolis with its violent and complex civil rights history, he suddenly becomes a part of the story when he’s arrested at a demonstration.

Goin' Back to T-Town | American Experience

Greenwood, an extraordinary Black community in Tulsa, Oklahoma, prospered during the 1920s and 30s despite rampant and hostile segregation. Torn apart in 1921 by one of the worst racially-motivated massacres in the nation’s history, the neighborhood rose from the ashes, and by 1936 boasted the largest concentration of Black-owned businesses in the U.S.

How It Feels to Be Free | American Masters

Bringing to life one of the most indelible figures of the 20th century, a three-time heavyweight boxing champion who captivated millions of fans across the world with his mesmerizing combination of speed, grace, and power in the ring, and charm and playful boasting outside of it. Ali insisted on being himself unconditionally and became a global icon and inspiration to people everywhere.

Fannie Lou Hamer's America explores and celebrates the lesser-known life of a Mississippi sharecropper-turned-human-rights-activist and one of the Civil Rights Movement’s greatest leaders.