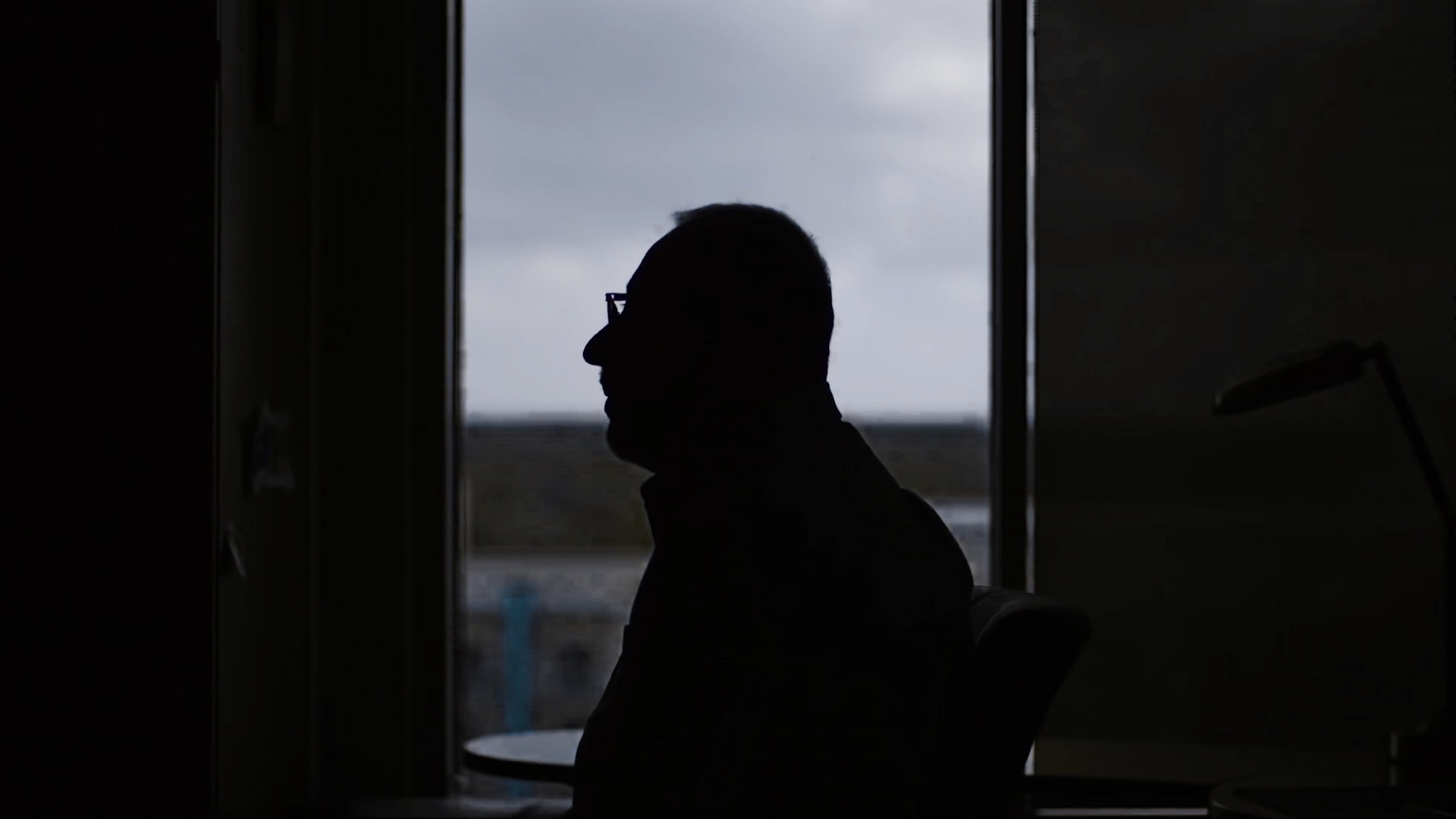 Conspiracy theories are everywhere - and in the age of social media, they’re hard to escape. But why do they flourish so easily, even when we have so much information at our fingertips? According to PULLING THE THREAD, a new digital series on WORLD Channel, our brains have a lot to do with it. Psychology can explain why conspiracy theories and misinformation surround national tragedies like 9/11, the 2012 Sandy Hook shooting, and the coronavirus pandemic.

“What's really happening in this society is that the truth is becoming malleable — the truth is what we fight about,” says Michael Kirk, who directed the new FRONTLINE documentary United States of Conspiracy, which traces how conspiracy theories have taken hold in American politics through an alliance between Donald Trump, Roger Stone, and InfoWars’ Alex Jones. Jones heavily promoted conspiracy theories online following the Sandy Hook shooting. “It's a business where you have to keep getting more and more and more outrageous,” Kirk said about the people who promote conspiracy theories in politics.

I talked to Kirk about making the film, Jones’ impact on political culture, and how we ended up with a president who openly promotes conspiracy theories. Here are five reasons why conspiracy theories thrive around national tragedies — drawing on psychology, history and political science — and what we can do to combat disinformation.

1. Storytelling is in our nature, and now we tell stories online.

Human beings have been telling stories for as long as we’ve existed. Stories are not just entertainment. They help us understand our world, form social relationships, and teach us moral lessons. According to Pulling The Thread, one of the most common plotting devices in storytelling is ‘overcoming the monster.’ You’ve seen this device countless times, from Harry Potter to Black Panther to Jaws: A villain is confronted by a brave hero, usually an underdog. Just before all hope is lost, the hero discovers the villain’s weakness and defeats evil. So when a tragedy happens in our world that doesn’t fit neatly into this plot, conspiracy theories flourish to explain the unexplainable. From 9/11 to the Sandy Hook shooting, national tragedies provide fertile ground in which new conspiracy theories can grow.

Pulling The Thread posits that one reason conspiracy theories abound around devastating tragedies is that human beings love to root for an underdog hero, and also to be the underdog hero. Kirk describes these conspiracy theory promoters like Alex Jones as “political warriors” who sell themselves as battling against enemies to seek out the truth. These “political warriors” use tools like the Internet to push conspiracy theories and amass large, influential followings. “What's different now is the means of delivery, through the web primarily,” Kirk said. “That's why Jones’ career is a manifestation of the arc of discovery and that explosion [in the Internet]. More people can congeal and get around an idea - Seth Rich, Pizzagate, crisis actors at Newtown, truthers around 9/11 - and feed each other.”

2. Some tragedies are too devastating to process rationally.

When we experience an unthinkable tragedy with an irrational culprit, our brains have a hard time understanding why it happened, leading us to search for explanations where there aren’t any. One such tragedy was the 2012 Sandy Hook shooting in Newtown, when a gunman killed 26 people, including 20 children. Leonard Pozner, the father of a boy who was killed, is featured in both Pulling The Thread and FRONTLINE’s documentary. After his son’s death, online trolls, spurred by Alex Jones, spread vile theories about the tragedy saying it was all fake, harassed Pozner and his family, and called them “crisis actors.” In Pulling The Thread, Pozner said that the people spreading theories about his son’s death thought they were truth-telling warriors battling against forces trying to shut them down: “They consider themselves part of the army of the light.”

When Kirk interviewed Pozner for FRONTLINE, he said it became clear that the conspiracy theories re-victimized the family all over again. “I think the worst thing for anybody who has been caught up as a victim of a conspiracy theory is that you feel victimized in a different, yet similar, way than if someone burgled your house or beat you up in the street,” Kirk said. “You feel even more powerless than if you had gone looking for trouble… It’s just an out-of-the-blue moment for someone like Pozner, who’s already deeply in grief.”

3. Recent conspiracy theories tend to be driven by a distinct ideology about the role of government.

People like Alex Jones are often driven by an underlying political ideology that helps form the basis for the theories they push. It could be a distrust of government or a belief that political leaders are cynically working behind the backs of citizens to deceive them. These ‘false flag’ theories are common around national tragedies like 9/11, afterwhich theorists believed the government perpetrated the attack in order to control the population or elevate an ideology. For example, conspiracy theorists suggest that Sandy Hook was an act committed by the U.S. government in order to enact stricter gun control laws.

According to Kirk, conspiracy theories from past decades tended to be more science-based, as opposed to ideological. “The fundamental difference from 9/11 on, aside from the growth of the Internet, is that conspiracy theories used to have a kind of scientific basis,” Kirk explained, like arguing after 9/11 about the building structure of the Twin Towers, or arguments about the spinning bullet that killed President Kennedy. “These are not the arguments anymore. Now, the arguments on the web and the arguments of Alex Jones are not based on science. They are just based on propositions, and this sort of general idea that the government is out to get you… it’s the false flag idea. Almost everything doesn’t have to be proven anymore.“

To many analysts, the 2016 election was a surprise, because conspiracy theories are usually more prevalent among the losing party. It was also proof that another reason conspiracy theories thrive in politics is that they actually work by significantly shaping the political discussion and elections. As InfoWars grew in popularity before the election, Trump’s early embrace of Jones granted legitimacy to many of his wild theories, and Trump in turn tapped into Jones’ vast army of supporters. It’s a new era in American politics where the “truth is malleable,” according to Kirk.

Kirk explained that Trump’s rise to the presidency shows that we can’t ignore conspiracy theories’ power in politics. “It’s [notable] when you have these theories being furthered by a conspiracist-in-chief like Donald Trump, who freely admits that he not only believes conspiracies but likes to traffic in them,” he said. “Usually these conspiracies stop at the White House and they don’t ever get to the president.”

5. Media creators and consumers both have a role to play in combating misinformation and problematic theories.

Pulling the Thread’s closing message is that, although our brains are hard-wired to believe conspiracy theories, not all hope is lost. Media literacy is key to approaching and considering conspiracy theories. Kirk says that media consumers must do the work of evaluating information and sources. “Finding trusted sources is hard work,” he said. “You have to consume just like you would buying a car or a dishwasher: Read the reviews, check it out, listen to who you trust, find a trusted source and follow them.”

For journalists and those in media, their job is to dig deeper, filter out questionable sources, and always take care when editing, according to Kirk. For example, when editors and writers approach figures like Roger Stone, a close Trump advisor, be aware that he is openly being deceptive. “I've known Roger Stone for a long time. I know what he's doing. He's a practiced liar, dirty trickster,” Kirk said. “When you're interviewing him and when you deal with [people like him] as a journalist, you know that he's lying to you, but this is just what he does… He makes it sound incredibly official and everything. And so your job is to sift through it and find out what is true.”

Curious about how your own brain works in regard to conspiracy theories? Use the Discussion and Activity Guide to explore for yourself, and watch the whole series on worldchannel.org and on YouTube.